“You build schools in Ghana, I was a teacher and I produce West African music… there must be some way we can combine the three, no?” was roughly how my thoughts fell from my head in front of Tim and Svenja.

It was after midnight; after a day climbing a volcano; after the 4th… probably 5th ‘Nica’ Libre to celebrate our belated birthdays. It was there, sitting at a rickety table, faces half in shadow from a low-hanging lamp, in El Indio Viejo bar, on the island of Ometepe in the middle of Lake Nicaragua, that I first offered my idea to my new-found German friends.

We’d met less than a month prior in the hostel of our Spanish school, in Antigua, Guatemala; Tim and Svenja fresh off the plane; me fresh off a volcano. It may have been the altitude, or the exposure to high levels of sulphuric gasses, but something led me to trust the two of them. Completely. Instantly. Even to the point of hiring (and subsequently falling off and destroying) a moped. Thankfully, only my pride and wallet were dented, so I couldn’t even blame the madness on a head injury.

“So, you want to come to Ghana, with us, with a mobile studio, not knowing if there are any musicians good enough to record, to produce a CD, to sell and raise money to build a school… in Ghana?” Tim confirmed.

I thought for a moment to check that was what I had just said. “I guess?”

Three months later, back in England, sitting at my mixing desk, I received a call from Germany.

“I need your passport details for the Visa!”

There was no question about it. Those words I had drunkenly thought aloud in Nicaragua had started something I couldn’t stop – Tim. Whether I wanted to or not (and I really wanted to), I was going to Ghana to make a record and build a school. I didn’t know what would happen. I just trusted Tim.

“And you’ve got a gig in Hamburg!” 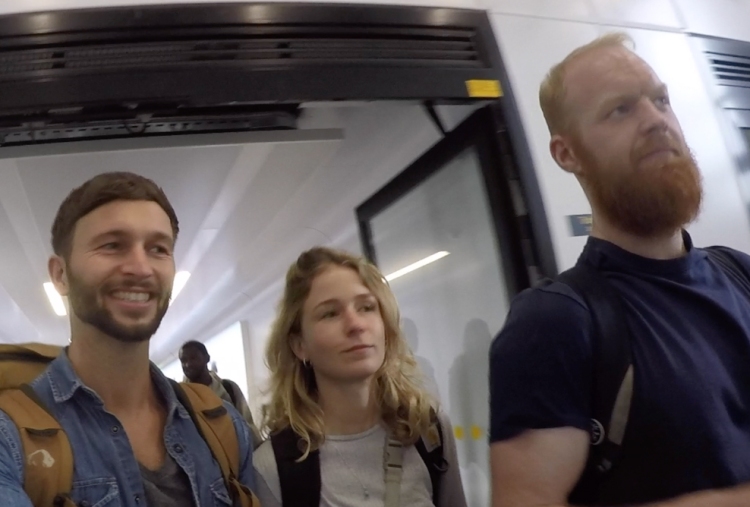